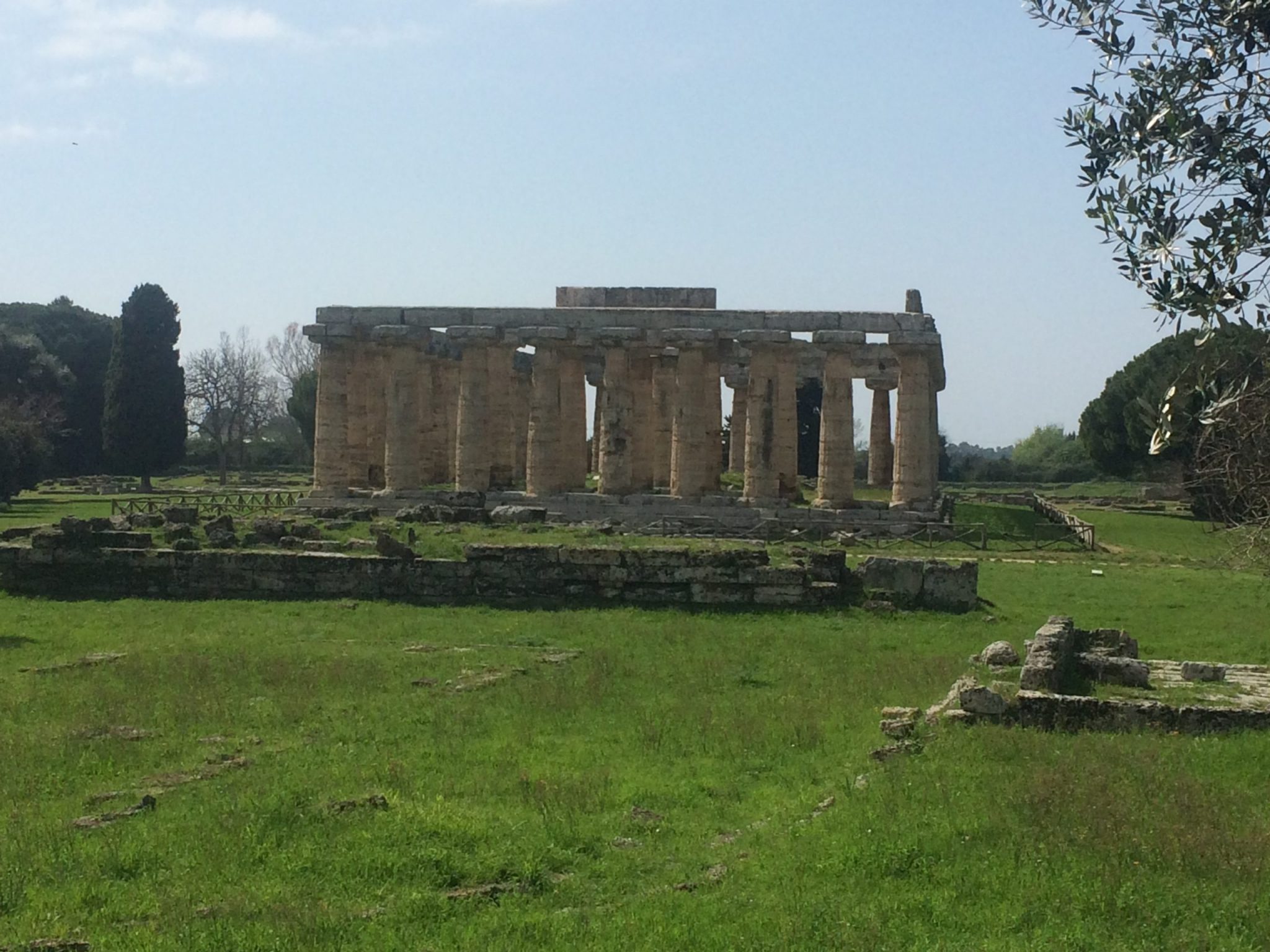 Paestum, named Poseidonia during the Greek age, was founded at the beginning of the VI century B.C. by a group of Achaeans coming from Sybaris, who settled in the fertile plain on the south bank of the Sele river; at the end of the V century B.C. the city was conquered by the Lucanians and in the 273 B.C. it became a Latin colony. Today it is possible to visit a wide archaeological area divided into three parts: two sacred, the northern and the southern sanctuaries, and a public one in the middle, the Greek Agora, which later became the Roman Forum. In the two sanctuaries three marvellously preserved Doric temples: on the northern side the so-called Temple of Ceres, dedicated to Athena, on the southern side the so-called Basilica, Hera’s Temple and the so-called Neptune temple , maybe dedicated to Apollo. In the public area are buildings of the Greek era ( the ekklesiasterion, the heroon : the hypogeic tomb of the founder, hero of the city) and of the Roman period ( the forum, the Italic temple, the amphitheatre and the built-up area). The ancient city is surrounded by walls with four door in correspondence with the four cardinal points (Porta Aurea north; Porta Giustizia south; Porta Sirena east; Porta Marina west), datable between the end of the IV century B.C. and the Latin colony period (III century B.C.).

Buffalo mozzarella or Mozzarella di Bufala in Italian is a mozzarella made from the milk of domestic water buffalo. It has been observed that those cheeses made from buffalo milk are higher in calcium, protein and lower in cholesterol than cow’s milk. Mozzarella di bufala is manufactured under strict regulations in areas ranging from Rome in Lazio to Paestum, Campania and a production area near Foggia, Puglia. Buffalo mozzarella coming from the Campania 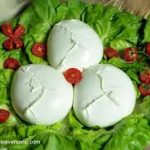 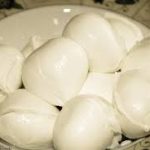 Buffalo mozzarella is a fresh, soft, semi-elastic textured cheese belonging to “pasta filata” family. The process of making pasta filata cheese includes heating the curd to a point where it can be stretched and formed into various shapes. This gives the snowy white mozzarella a mild yet slightly sour taste. The texture is soft, moist and somewhat granular. It is coated with a thin edible rind and brined for up to a week when sold in vacuum-sealed packages.

PICK UP – DROP OFF LOCATION : at your ship in Naples port  / hotel or private villas.

TOUR DURATION:  8,9 hours ( according to your ship schedule).

IS NOT INCLUDES : meals, drinks and entrance fees.