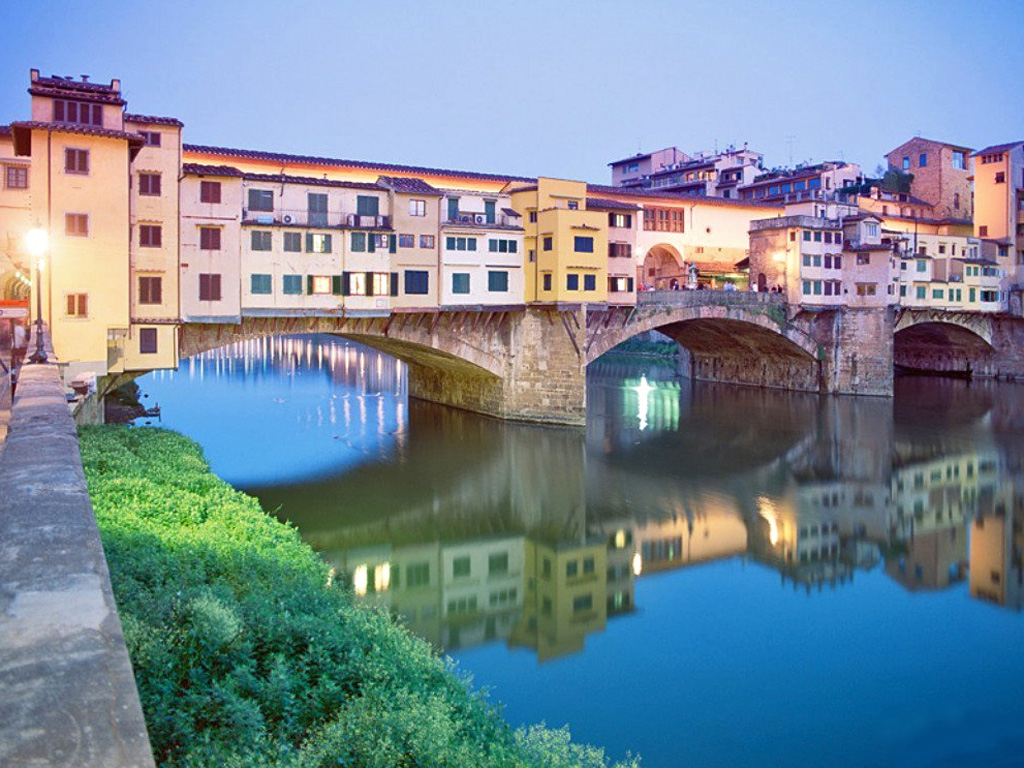 This Private Tuscany Shore Excursion from Livorno will take you to the two most classic sights of Tuscany: Florence and Pisa. The marvellous Florence is the cradle of the Renaissance and there is no doubt that Florence is the single city with the highest concentration of art in the world. Not only its museums and monument are a “must see” for any traveller coming to Florence, but the city as a whole features an incomparable beauty, that made Florence become famous as the most elegant city in the world. The Tuscany shore excursion will also take you to Pisa with the Miracle Square and the Leaning Tower or Pisa, Cathedral, Baptistery and “Campo Santo” form the architectural complex which commonly gets Pisa to be considered one of the most important art cities in the whole of Europe not just in Tuscany or Italy.
Florence keeps an exceptional artistic heritage which is a marvellous evidence of its aged culture. Cimabue and Giotto, the fathers of Italian painting, lived in Florence as well as Arnolfo and Andrea Pisano, brining innovation to architecture and sculpture; Brunelleschi, Donatello and Masaccio forefathers of the Renaissance operated in Florence, Ghiberti and the Della Robbia worked in Florence, Filippo Lippi and Angelico were based in Florence; Botticelli, Paolo Uccello made of Florence their home and the universal genius of Leonardo da Vinci and Michelangelo are surely the 2 names to which Florence is more commonly associated to, together with those of many other generations of artists up to the artists of our century, are gathered in the several Florence museums of the town: the Uffizi, the most selected gallery in the world and main Florence museum, the Palatina gallery with the paintings of the “Golden Ages”. The Bargello, once the political building of Florence with the sculptures of the Renaissance, the museum of San Marco with Angelico’s works, the Academy, the chapels of the Medicis once the rulers of Florence, Buonarroti’s house with the sculptures of Michelangelo, the following Florence museums: Bardini, Horne, Stibbert, Romano, Corsini, The Gallery of Modern Art, The museum of the Opera del Duomo, the museum of Silverware and the museum of Precious Stones. Florence boasts many other great monuments and landmarks of its artistic culture: the Baptistry with its mosaics; Florence Cathedral with its sculptures, the medieval churches with bands of frescoes; public as well as private palaces: Palazzo Vecchio, Palazzo Pitti, Palazzo Medici Riccardi, Palazzo Davanzati; monasteries, cloisters, refectories; the “Certosa”. The archaeological museum of Florence includes documents of Etruscan civilization.
In fact the Florence is so rich in art that some first time visitors experience the Stendhal syndrome as they encounter its art for the first time.
Pisa was a flowering town in the Middle Ages. The greatest legacy is it’s unique architecture and art. The Duomo of Pisa was the first cathedral in Tuscany where the innovative “Pisan-Romanesque” stile was fully developed and later copied in dozens of the Tuscany’s other churches. Inside, the main feature is the elaborate pulpit. The Baptistery of Pisa, in front of the facade contains anther Pisano’s lovely pulpit. You may want to also visit the Camposanto (holy field), a monumental cemetery said to have been filled by dirt brought by the Pisan crusaders from the Hill of Cavalry in Jerusalem.
The Leaning Tower of Pisa probably carries the most legends of buildings of its kind; perhaps it was deliberately constructed to lean. Perhaps Galileo let objects of different weights fall from the tower and timed the fall to demonstrate his theories about bodies in motion. Pisa leaning tower is said to lean approximately 14 feet from the perpendicular. Climbing the tower is surely an evocative experience, and time permitting should not be missed. The Leaning Tower of Pisa is the only building in the world where one could get out at each single level and walk around its exterior 360°.

PICK UP-DROP OFF LOCATION: at you ship in Livorno port

TOUR DURATION: 9 hours ( according to your ship schedule)