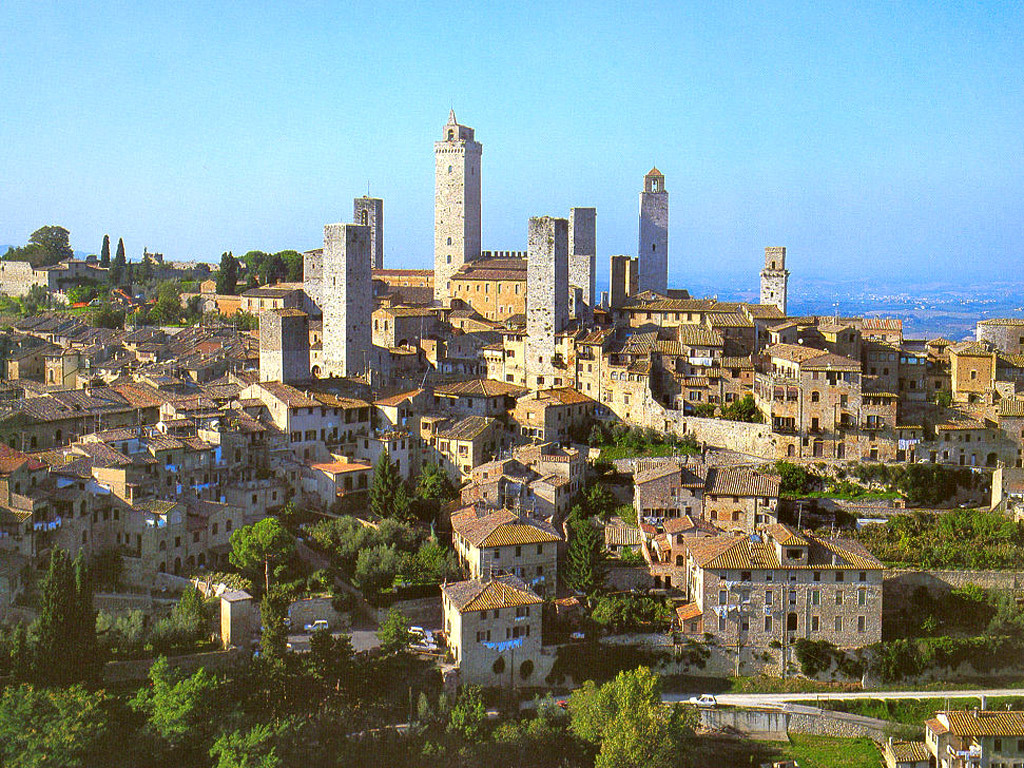 Siena is the most important destination for a Tuscany shore excursion if you have already visited Florence and Pisa. Siena is the famous city of the Palio, the site of the “Enoteca Italiana” – the only national wine association – and largest in Tuscany the site of “Monte dei Paschi” – the oldest bank in the world – while San Gimignano is the only Italian towered hilltown that maintained intact it mediaeval appearance and perfect stereotype of what one would expect a hill town of Tuscany to look like.
Beautifully laid out on three hills, Siena owes its popularity as one of the main attractions in Tuscany to its perfectly preserved gothic city center, with the “Piazza del Campo” one of the most beautiful squares in the world, where the famous Palio di Siena horse race takes place twice a year and the cathedral, considered one of the most impressive churches of Italy especially thanks to its impressively richly decorated interiors.
But it’s not just the magnificent monuments of Siena which make of it a must-see attraction, it is the overall atmosphere and architecture that still expresses the grandeur of its heyday that make of the visit of Siena an unforgettable experience.
Walking through Siena that is so well preserved you will feel as if you have returned to the end of the XIII century, when Siena represented one of the greatest example of civic, social and political organization not just in Tuscany but in the whole of Europe.
The shore Excursion will continue to San Gimignano, famed for its medieval skyscrapers, which justify the title of “Mediaeval Manhattan of Tuscany“. San Gimignano features high city walls and narrow streets that perfectly match what most peoples imagine of a Tuscan hill-town to be like.
Learn about the Guelph-Ghibelline conflict and commercial interests that forced the rich families of San Gimignano to build their towers, as well as what brought fortune and bankruptcy to this town that despite the small size is one of the most visited and unique sights of Tuscany and Italy.

PICK UP-DROP OFF LOCATION: at you ship in Livorno port

TOUR DURATION: 9 hours ( according to your ship schedule)